While the Hindu celebration is associated most with crowds of people throwing colourful powders on each other, it is actually split into two very different events. 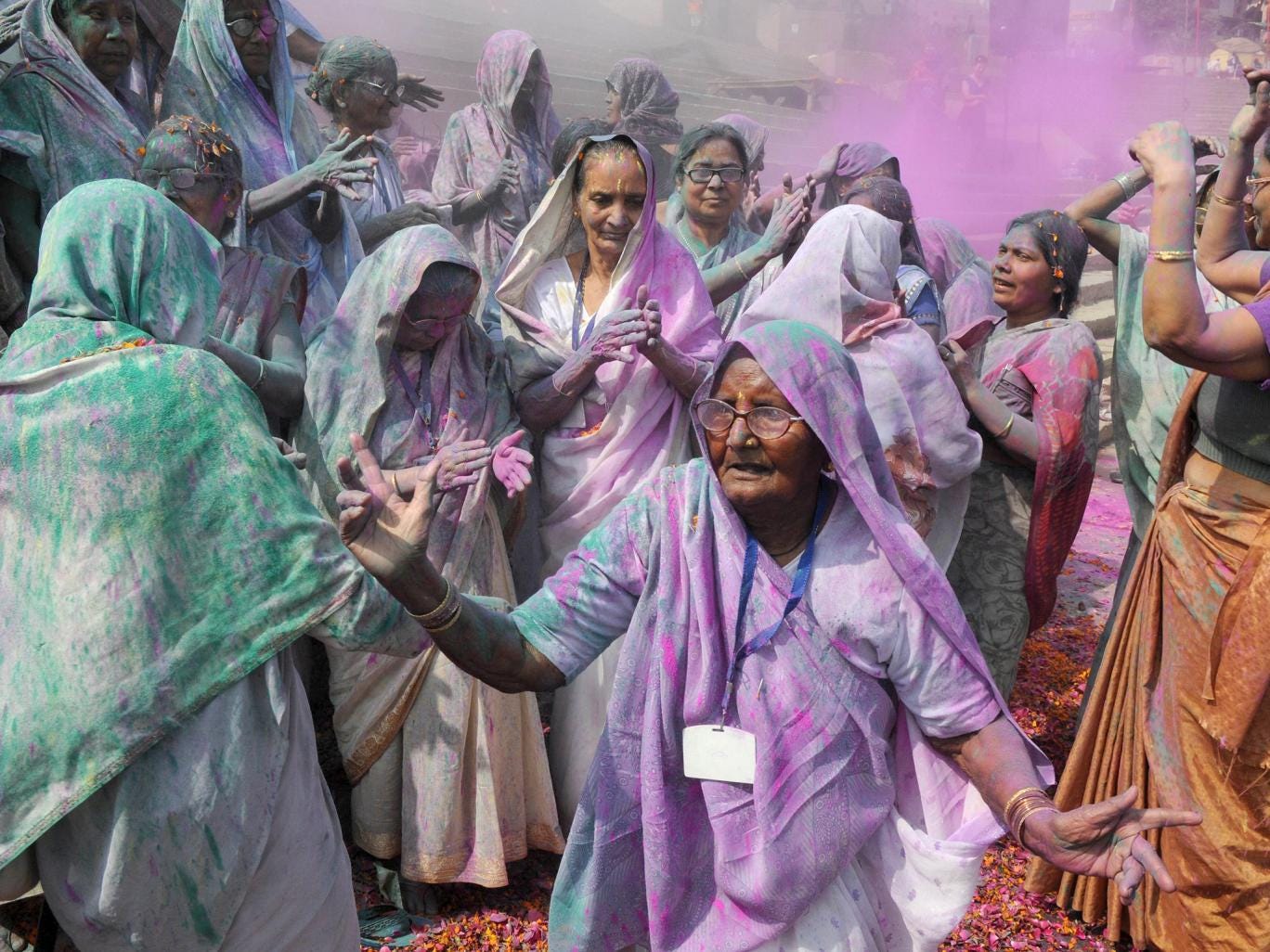 Holi is a Hindu festival that marks the arrival of spring. Known widely as the Festival of Colour, it takes place over two days, and is a celebration of fertility, colour, and love, as well as the triumph of good versus evil.

People take part in Holi all around the world, but it is celebrated the most in parts of India and Nepal. It is often associated with the coloured powders that end up coating its participants after they’ve thrown them at each other. But this is just one part of Holi, which is split into two events: Holika Dahan and Rangwali Holi.

The next morning, people gather in public spaces and take part in Rangwali Holi. This is a raucous affair where people chase each other around, throwing handfuls of coloured powders (known as gulal) at one another, while getting drenched in water.

The timing of Holi is synchronised with the moon, which means that the dates of each celebration varies year on year. This year Rangwali Holi will take place on 24 March, while the pyres of Holika Dahan will be burned the evening beforehand.

Why is it celebrated?

In the scheme of Hindu celebrations, Holi is a relatively secular one. It draws on various mythologies. First and foremost is the burning of the devil Holika, but it also draws on the legend of Radha and Krishna. Krishna loved Radha, but felt self-conscious about how different their skin-colours were. So on the advice of his mother, he went and playfully painted her face so it was the same colour as his. It is said that lovers often celebrate Holi in this tradition, by colouring their faces the same colour during the celebrations.

However, Holi is mostly seen as a time for people to get together and enjoy themselves. It is purported to be a time when friends, families and communities can get together without any concern for caste or ethnicity, although how much this holds true in reality is debatable. That said, there are certain groups that take its religious elements more seriously than others. In the Braj region of India, celebrations last for 16 days.

How long has it been celebrated for?

Holi is an ancient celebration. Mentions of it can be dated back to fourth century poetry, and it was described in a 7th century play called Ratnaval:

"Witness the beauty of the great cupid festival which excites curiosity as the townsfolk are dancing at the touch of brownish water thrown from squirt-guns.They are seized by pretty women while all along the roads the air is filled with singing and drum-beating. Everything is coloured yellowish red and rendered dusty by the heaps of scented powder blown all over."

Finally... how can I get the powder off my skin?

The best way to prevent any powder from sticking to your skin is to moisturise well beforehand. Some people also oil their hair so that the powder is easier to remove, or wear a hat. It is also recommended that anyone taking part uses home-made powders with ingredients that are guaranteed to be non-harmful. One way you can do this is by putting together a mix of flour, water and a few splashes of food dye.

FREE SHIPPING on purchases over $200!